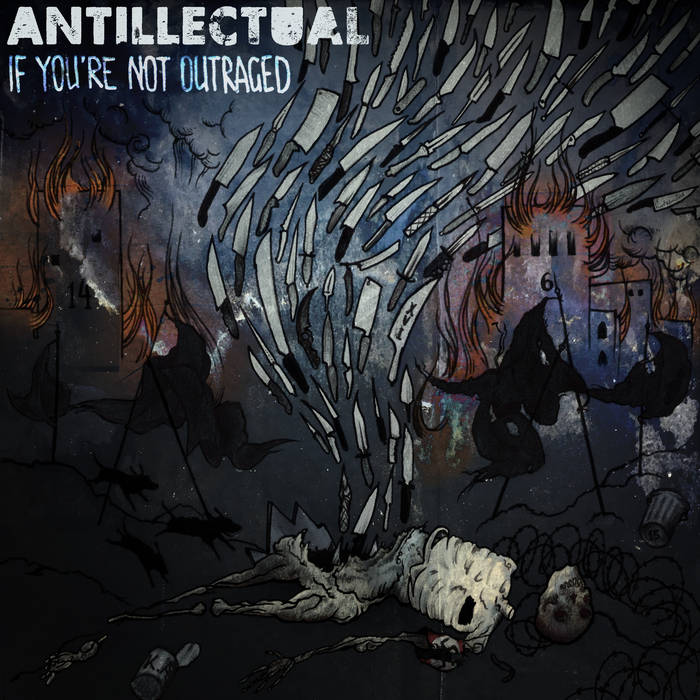 “If you’re not outraged you’re not paying attention” was Heather Heyer's last digital message to the world before getting killed by a car during an anti-fascist protest in Charlottesville. After these pro- and anti-fascist rallies president Trump stated that both sides were to blame for the unrest.
In the process of writing this song a local anti-fascist activist was arrested and accused of inciting homicide or murder after yelling tasteless yet rather innocent slogans during an anti-fascist protest, held after the Dutch Forum voor Democratie won the provincial elections.
Extreme right wing ideologies are growing. Alt right, identitarian movements and populism are proof that the far right wing is on the rise again. Just to be clear: we think that's a bad thing. As a result the anti-fascist (re)action and movement is growing too. Just to be clear: we think that's a good thing.
Most people are anti-fascists, even when they don’t know it. Anti-fascism should not be wasted on the left, but seen as a mainstream idea, supported from the left to the, well, moderate right. But what doesn’t help is that anti-fascism is being framed as an extreme ideology and practice, including violence and uproar. Maybe you don’t agree with some anti-fascists and their actions, that doesn’t make anti-fascism wrong or harmful.
Anti-fascism is not a crime.

I can't believe we’re having this conversation again
Can’t understand or imagine how you’re not appalled by them
Deductive thought and research show what side you’re on bitter man
Was The Resistance, their views, too extreme for you too back then?

For once and for all: this is a zero sum game

Dog whistling your purebreds, your pitbull pack, bloodhound gang
But you’re barking up the wrong tree, you inglorious bastard